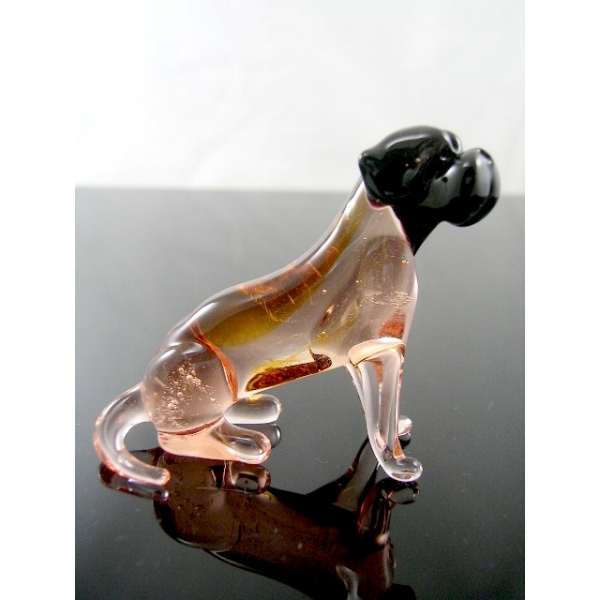 Description Evaluations 0
Description
The Bullmastiff originates in England. He is a cross between a Mastiff and the English... more
Close menu
Product information "Dog-breed dog-Bullmastiff-b8-10-11"

The Bullmastiff originates in England. He is a cross between a Mastiff and the English Bulldog. The breeding of Bullmastiffs was in the 19th Century. The breed had a specific task. There was at that time a lot of poaching in the forests of England, gamekeepers was used, which in turn were protected by the Bullmastiff. Despite its past, the Bullmastiff is not aggressive. His owner's rather commend intelligence, loyalty and devotion of the animal.

Our Bullmastiff glass looks to his master to give him the next request, to read from his eyes.

The glass figure is about 4.5 inches high and was made ​​by hand.

This website uses cookies to provide you with the best possible functionality. If you do not agree, the following functions are not available to you: